Today our school district celebrated Paraeducators.  Us as parents made them a luncheon and told them thanks in a very heartfelt way.   I want to say what it means for Tommy to have a Para and what an amazing effort they put forth EVERY single day.

The definition of "para" means "beside".  And I can't think of a better way to describe these folks other than "educator beside" Tommy. 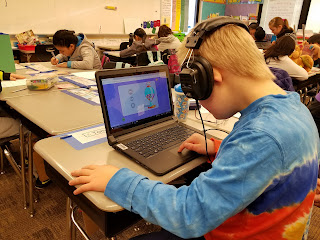 Paras help him "talk".  Tommy doesn't talk.  He uses sign language.....technology.... gestures...and a few grunts to get his requests made and get his needs met.  So when he comes home at the end of the day, I have no way to ask him the usual "how was your day?", "what did you practice in music?", "who did you play with at recess?".  The Paras that work with Tommy write to me each day in a data binder that we have kept for 8 years. 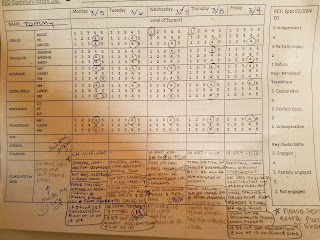 Every evening I can open the data binder and see how Tommy's day was and I know what questions to ask him so that he can feel successful in a yes/no answer, "music was tough today?, you didn't want to play on your recorder?".  His Paras help him with his ipad software so he can make social comments to classmates, "I like your shirt" the Para helps Tommy find the right buttons to push on his ipad so he can make a comment to a friend. 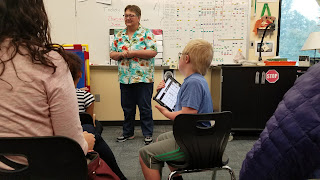 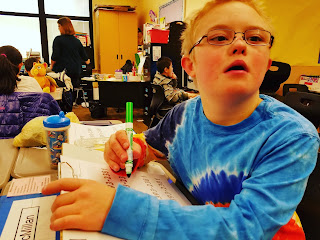 Paras keep him clean.  Yep.  He is that 11 year old, 85 pound boy, that didn't learn to toilet train and his post surgery issues 'down under' may have prevented him from learning.  These Paras get stuck with all of Tommy's messy, messy issues.  Wet clothes get sent home in backpacks.  Packages of diapers and wipes still get sent to school and these Paras organize all the Tommy clean up tasks.


Paras teach him.  For a non-verbal student with moderate cognitive delays, Tommy can read and do simple math.  He can recognize change and is working on dollar bill recognition.  He knows the days of the week and months.  He can read and answer comprehension questions.  And it wasn't because of anything we taught at home.  It's because Paras sat with Tommy every day and taught him through discreet trial training methods.  Repetition and game playing in education goes far with Tommy!  Paras set goals for Tommy's learning and are not the first to give up on his education.  They advocate for innovate teaching methods for Tommy. 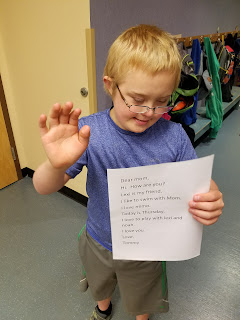 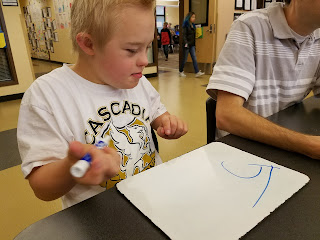 Paras keep him safe.  He wears a GPS most days that I sew into a tank top under his shirt.  Even the Paras can keep his GPS app on their phones in case the Blonde Tornado disappears and it's all hands on deck to find him.  Paras know that Tommy is a slippery wanderer and that most of them have an eye on Tommy even if he isn't their student.   Tommy has a moderate immune deficiency because for some reason his bone marrow doesn't produce the right kind of Bcells.  Paras will let me know if Tommy isn't feeling well.  Obviously we don't send Tommy to school sick, but sometimes a common cold can become something serious for Tommy within hours.  They notice even small changes in Tommy's energy and mood and will let me know.

Paras love on Tommy.  He has some school and social anxieties for a variety of good reasons.  They patiently wait him out if he doesn't want to go to the next class or if he doesn't want to even walk into the music room.  They whisper encouraging words into his ear.  They ask him what he would like to do next IF he gets through a task he doesn't want to finish.  They zip his coat and tie his shoes and make sure he doesn't choke while eating his lunch.  They love Tommy so much! 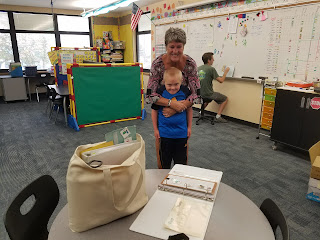 ﻿
Paras support Tommy's love of others.  Tommy and Lexi enjoyed a picnic end of school year together last year in part because the Paras all help Tommy be successful socially. 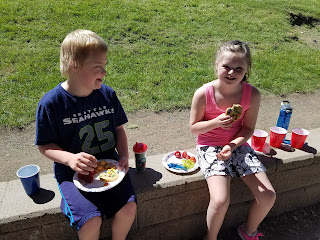 We THANK all of Tommy's paras for making his education and life brighter.  His future is better because of YOU!! 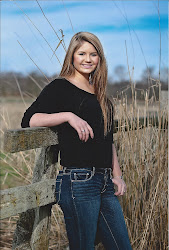 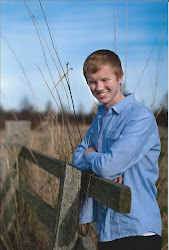 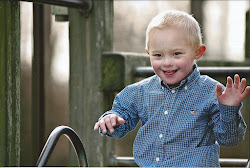 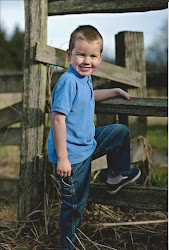 We hope you find this journal informative and encouraging. Our family includes Hannah (19), Nate (18), Tommy & Liam (7 year old fraternal twins). Hannah is a junior in college, loves soy mochas and spending time with her family and friends. Nate is a freshman at UCSB and is on crew which he loves as well as beachcombing and spending time with his family. Tommy and his twin brother Liam were born on the 12th day of the 12th month of 2006, 12 minutes apart. They are VERY active seven year olds! Liam loves to ride his bike, play basketball and read. Tommy loves to play soccer and anything with Woody or Buzz from Toy Story.

Tommy was born with Down syndrome and Hirschsprung's disease. He had a successful pull-through repair in December 2006, open heart surgery in June 2007 (complete AV canal), surgery in October 2007 to place a G-tube, ear tubes and fix a hernia, and June 2009 to place a second set of ear tubes and clear clogged tear ducts. He was diagnosed with polysaccaride antibody deficiency syndrome (PADS) a moderate immune deficiency. And had moderate-severe sleep apnea and tried to use a cpap while sleeping until he had his tonsils/adenoids removed which now he has no noticable sleep apnea and thank goodness no more cpap machine. In the Spring of 2012 his platlett count continues to decrease so we will be watching that closely but now in 2013 it has stabilized.

"For I know the plans I have for you," declares the Lord. "Plans to prosper you and not to harm you. Plans to give you hope and a future." Jeremiah 29:11

We live each day to it's fullest as tomorrow isn't guaranteed. "Today is the day the Lord has made; let us REJOICE and be glad in it." Psalms 118:24

Some of our favorites!